The 5th Bank Farm Lleyn On-Farm Production Sale that was scheduled to take on Thursday 12th August 2021 will no longer be held due to the ongoing challenges and risks that the COVID-19 pandemic may present.

If you are interested in purchasing rams please call Marcus or Kathryn on 01299 896851 or email marcus@bankfarmlleyn.co.uk

The 5th Bank Farm Lleyn On-Farm Production Sale will not be held this year due to COVID-19.  After much careful consideration of the ongoing situation with the apparent recent rise in COVID-19 cases, we have made the decision to not proceed with this year’s on-farm sale currently scheduled for Thursday 13th August.  Download our update.

VIEW the list of rams and females for sale.

If you are looking to purchase rams please call Marcus or Kathryn on 01299 896851 or email marcus@bankfarmlleyn.co.uk

Our sponsors for the 2019 Bank Farm Lleyn On-Farm Production Sale.

Thank you to everyone who supported the 2018 On-Farm Production Sale takes place at Bank Farm, Abberley, Worcestershire.

The 3rd on-farm sale by Marcus and Kathryn Bullock offered rams from the Bank Farm flock of performance recorded Lleyn sheep.  The sale saw buyers pay an average of £990.00 for 48 rams sold on the day, with a new record price of 3400 guineas realized for Lot 13.

The sale, administered by Worcester-based auctioneers McCartneys, once again conducted under the unique ‘Helmsman’ system, proved to be a great success with potential buyers in attendance from all corners of England, Scotland and Wales, as well as considerable new interest over the telephone from Lleyn breeders in Estonia who had visited the farm only one week before to view this years’ consignment of rams.

“This concept has now been readily accepted, allowing all buyers the opportunity to bid with confidence on our full offering of rams, in the knowledge that every bid is completely transparent to those attending. The feedback from buyers has been extremely complimentary and they completely back the concept. The sale once again offered rams with sound FEC indexes in order to reduce reliance on worm drenches, and in conjunction with the high indexes available this attracted a significant number of buyers.

Leading the prices at 3400gns was yearling 619/1704431, a twin born registered ram with an overall index of 212 including outstanding EBVs for 8-week weight, scan weight and FEC. He is bred by 619:01083 out of a 7-year old homebred ewe, and eventually sold to George Cullimore, for his pedigree Lleyn flock based at Kelston, near Bath, after a fierce bidding battle with several other interested breeders.

Auctioneer Clive Roads of McCartneys, Worcester, said the sale had been an unprecedented success, with a large number of potential buyers in attendance. “Marcus and Kathryn are to be applauded for trying something different and the interest shown by buyers and potential buyers at the sale is testament to the work they’ve done in breeding sound, commercially relevant, functional sheep. 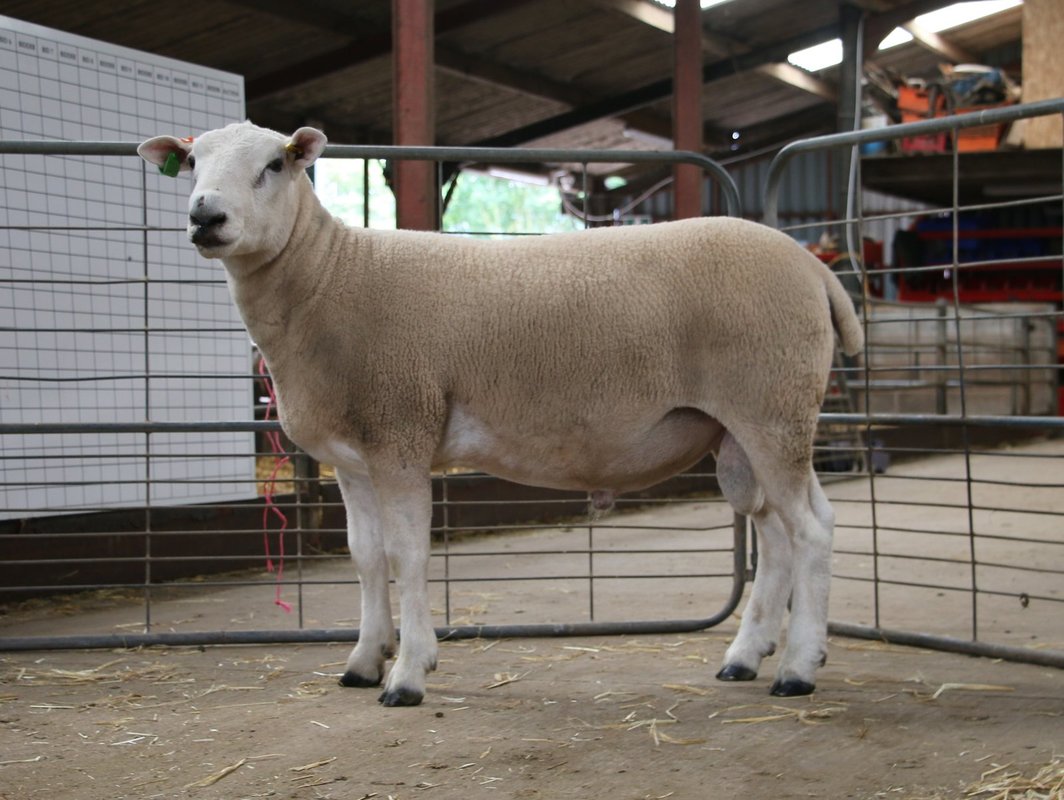